R-Ladies NYC is part of a world-wide organization to promote gender diversity in the R community.

We aspire to encourage and support women and gender minorities interested in learning and sharing their experiences in R programming by hosting a variety of events including talks, workshops, book clubs, data dives, and socials.

R-Ladies is dedicated to providing a harassment-free experience for everyone. We do not tolerate harassment of participants in any form. We follow the R-Ladies Global code of conduct.

See our Meetup Page for the most up-to-date info about our upcoming events!

Behind the scenes of visual journalism

Mar 7, 2022 2 min read talk, event
Details For our March event, we are excited to host Will Chase, who will be discussing data visualization and visual journalism. This event will be hosted over Zoom. The link will be emailed to those who are registered, as well as posted on this Meetup page at noon on the day of the event. Agenda (times approximate): 7-7:05 pm: R-Ladies NYC Announcements 7:05-7:50: Behind the scenes of visual journalism 7:50-8:15: Questions and wrap-up

Workshop An Introduction to Working with Geospatial Data in R

Feb 24, 2022 2 min read workshop, event
Details For our February Meetup, we welcome R-Ladies NYC board member Ayanthi Gunawardana, who will teaching a workshop titled “An Introduction to Working with Geospatial Data in R.” She will show participants how to import, process, and map geospatial data in R. Ayanthi will also introduce some basic geospatial concepts, different file formats, and best practices in creating maps. She will primarily be working with the sf package for processing the geospatial data, and ggplot2 for plotting the data.

Feb 17, 2022 2 min read talk, event
Details If getting more involved with your local R-Ladies New York chapter was on your list of 2022 resolutions, here’s your chance! We are looking for new members to join us as event organizers on the R-Ladies NYC Board. This information session will be a meet and greet with current board members: we’ll introduce ourselves, explain responsibilities and the expected time commitment of a board member, and highlight initiatives we’d like to pursue in 2022.

Apr 18, 2020 2 min read blog
As New Yorkers do all we can to stay well in the times of coronavirus, all of our routines have changed. For some of us, this may mean more time devoted to strengthening our data skills. If this is you, here is a collection of resources that can get you up and running with learning a new skill in R. These were originally compiled for the R-Ladies NYC Code-llaboration Hangout back in January, and are organized by topic: Tidy Tuesday, Building a Package, Building a Website, Time Series Analysis and Everything Else.

Build a Career in Data Science

Aug 12, 2019 1 min read blog
R-Ladies NYC is proud and excited that one of our members, Emily Robinson, is co-authoring a book with a fellow R-lady, Jacqueline Nolis! The book, Build a Career in Data Science, is available for pre-order, which comes with online access to all currently available chapters (1-9) access to the rest of the chapters as they come out. This book is a practical guide to preparing for, finding, and excelling in a data science role.

Jul 3, 2019 2 min read blog
The R-Ladies NYC call for a hex sticker design produced three creative and unique submissions. We would like to thank Ayanthi Gunawardana, Kat Hoffman, and Ludmila Janda for their involvement with the R-Ladies NYC community and time spent crafting their designs! Below, each of these R-Ladies shares her inspiration behind her design: Ayanthi Gunawardana: My goal was the keep the logo and colors as simple as possible to ensure it could be scaled to any size.

Jun 6, 2019 3 min read blog
Thank you so much to Anisha BharathSingh, who originally wrote this post for her blog, found here. We are reposting her post with her consent. If you are an R-Lady interested in writing a blog post or cross-posting a blog post on your own blog, please let us know (via email nyc@rladies.org or via DM on twitter @RLadiesNYC)! On Thursday, May 23, I attended my first R-Ladies NYC meetup! R-Ladies NYC is an organization that promotes gender diversity amongst the R community by organizing a series of events (including this meetup) to support women who want to learn R or want to share their experiences as R programmers.

Meet our board members 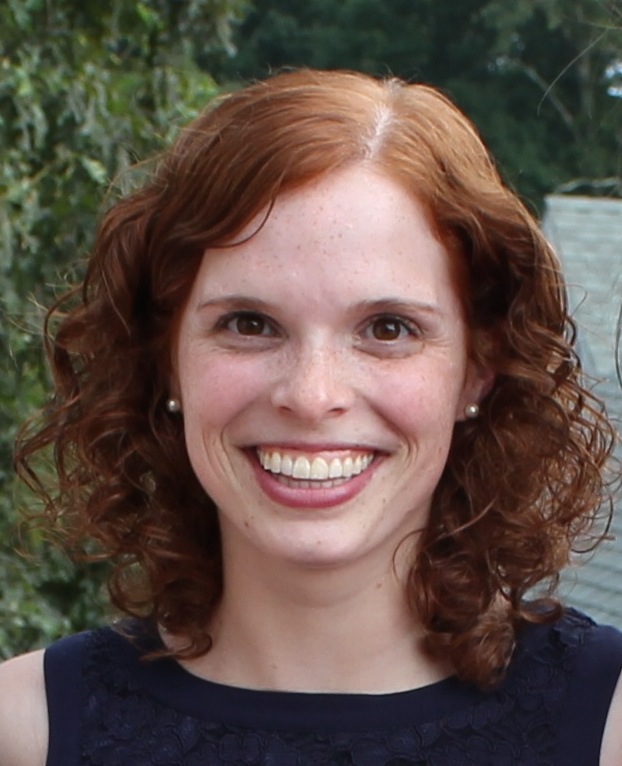 Emily Dodwell is a Principal Inventive Scientist in the Data Science and AI Research organization at AT&T Labs, where she currently focuses on predictive modeling for advertising applications, the creation of interactive tools for data analysis and visualization, and research concerning ethics and fairness in machine learning. Emily is an R enthusiast committed to promoting gender diversity in the community, and she is a member of Forwards, the R Foundation task force on women and other underrepresented groups. Prior to joining AT&T Labs in 2015, Emily taught high school math for three years at Choate Rosemary Hall. She received her M.A. in statistics from Yale University and B.A. in mathematics from Smith College. 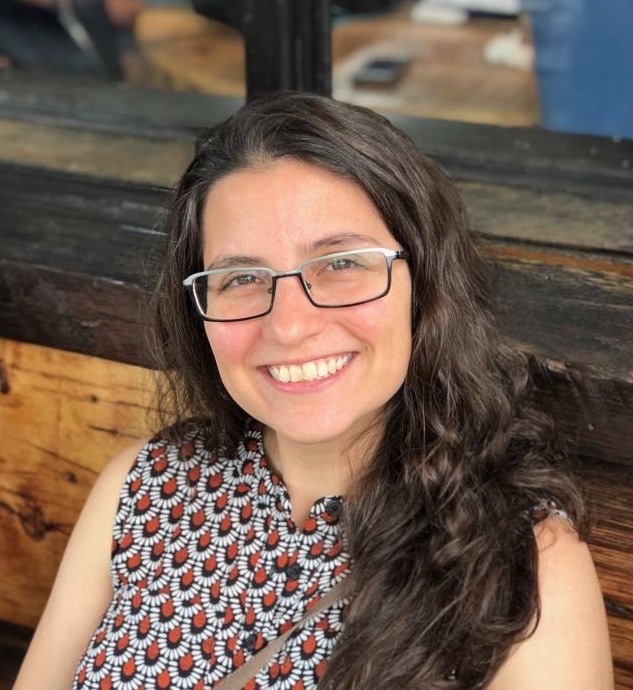 Alejandra works in fundraising in social organizations (now at the ACLU, previously at TECHO and Doctors Without Borders). With the goal to become more data-driven in her work, she earned an MBA from Duke University. There, she discovered R and fell in love with all things related to business intelligence and marketing analytics. Since then, she has been learning R and statistics through friends, online classes and the wonderful R-Ladies community. Alejandra is from Argentina, lived in Spain for 5 years, and now lives in Queens. 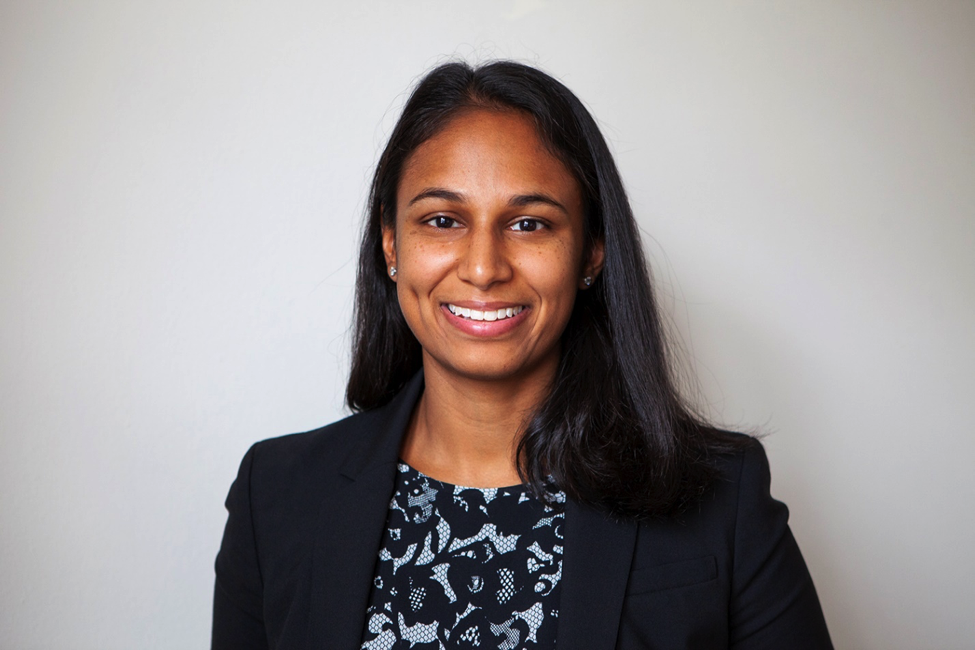 Ayanthi Gunawardana (she/her/hers) is a Data Analytics Manager at the Wunderkind. Previously, Ayanthi worked at the NYC Department of Transportation where she analyzed crash and other transportation data to inform street design and transportation policy across all five boroughs. She holds a Bachelor of Arts in Sociology from Emory University and a Master of City and Regional Planning from Rutgers University. Ayanthi enjoys training Brazilian Jiu Jitsu, running, taking all forms of public transportation, and cooking/eating spicy food. 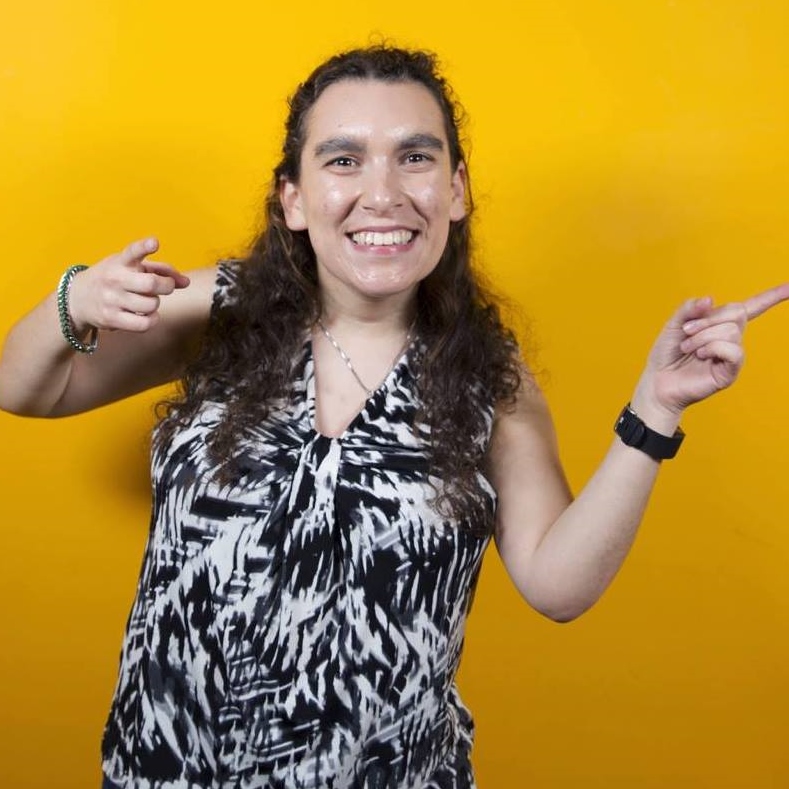 Erin works as a Data Scientist at Uncommon Schools where she trains coworker in R as well as maintaining two R packages. Prior to Uncommon, she worked as a Data Scientist at Crisis Text Line while and a software programmer at NASA while completing her Data Science Masters at Columbia University. Before data science, Erin researched star formation and taught introductory courses in astronomy and physics at the University of Maryland. 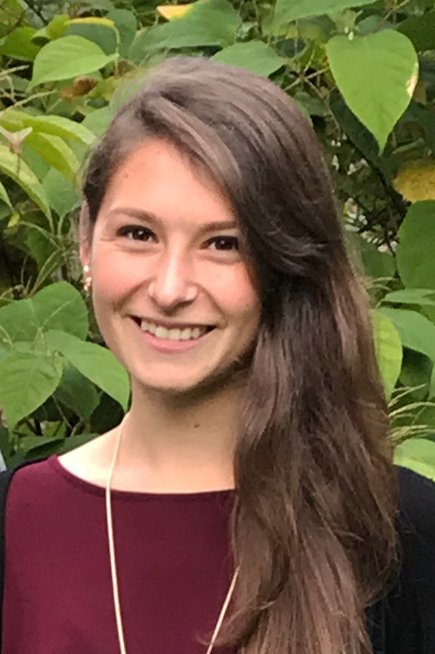 Emily Halford works at the New York State Psychiatric Institute and currently focuses on evaluations of suicide crisis services and suicide prevention media campaigns, as well as examining the impact of the COVID-19 pandemic on suicidality. She is enthusiastic about all things R, and is keenly interested in applications of data science in mental health. Emily received her MPH in Epidemiology from Columbia University’s Mailman School of Public Health and her BA in Biology and Environmental Studies from Bates College.

Angeline Protacio (she/her) is a Data Scientist at Quartet Health, where she uses healthcare claims and product data to improve access to mental health care, and builds tools to support value based care for mental health providers. She has worked with data in a variety of settings, previously leading mental health data surveillance for the NYC Department of Health and Mental Hygiene, as well as dabbling in freelance data science consulting. She has an MPH in Epidemiology, and is passionate about health equity, social determinants of health, and data for social good. She moved to New York ten years ago from California, and remains perfectly happy with her decision to trade driving cars for riding the subway. When she’s not playing with data for work, she’s still playing with data to help her fantasy baseball team win, while trying to eat everything NYC has to offer. 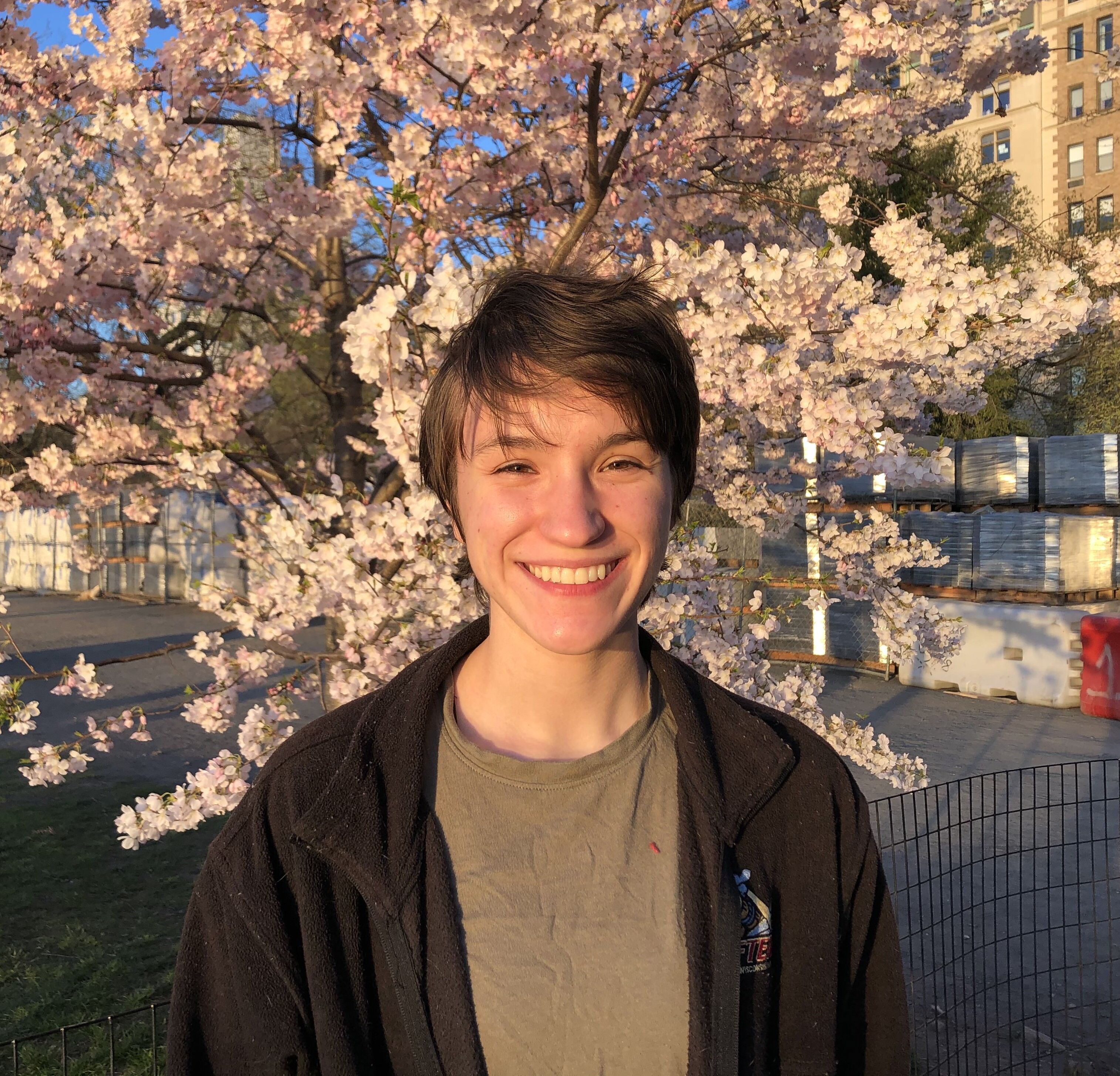 Kristen Akey (she/her) is a Data Analyst at Civitech, where she helps build tools to increase civic participation. She graduated with a master’s degree from Columbia University in Quantitative Methods in the Social Sciences and received her BA from Barnard College in Political Science. She has previously worked on projects related to political redistricting, campaign finance, and NYC buildings. In her free time, she enjoys biking, rollerblading, and playing fetch with her cat, Sybil. 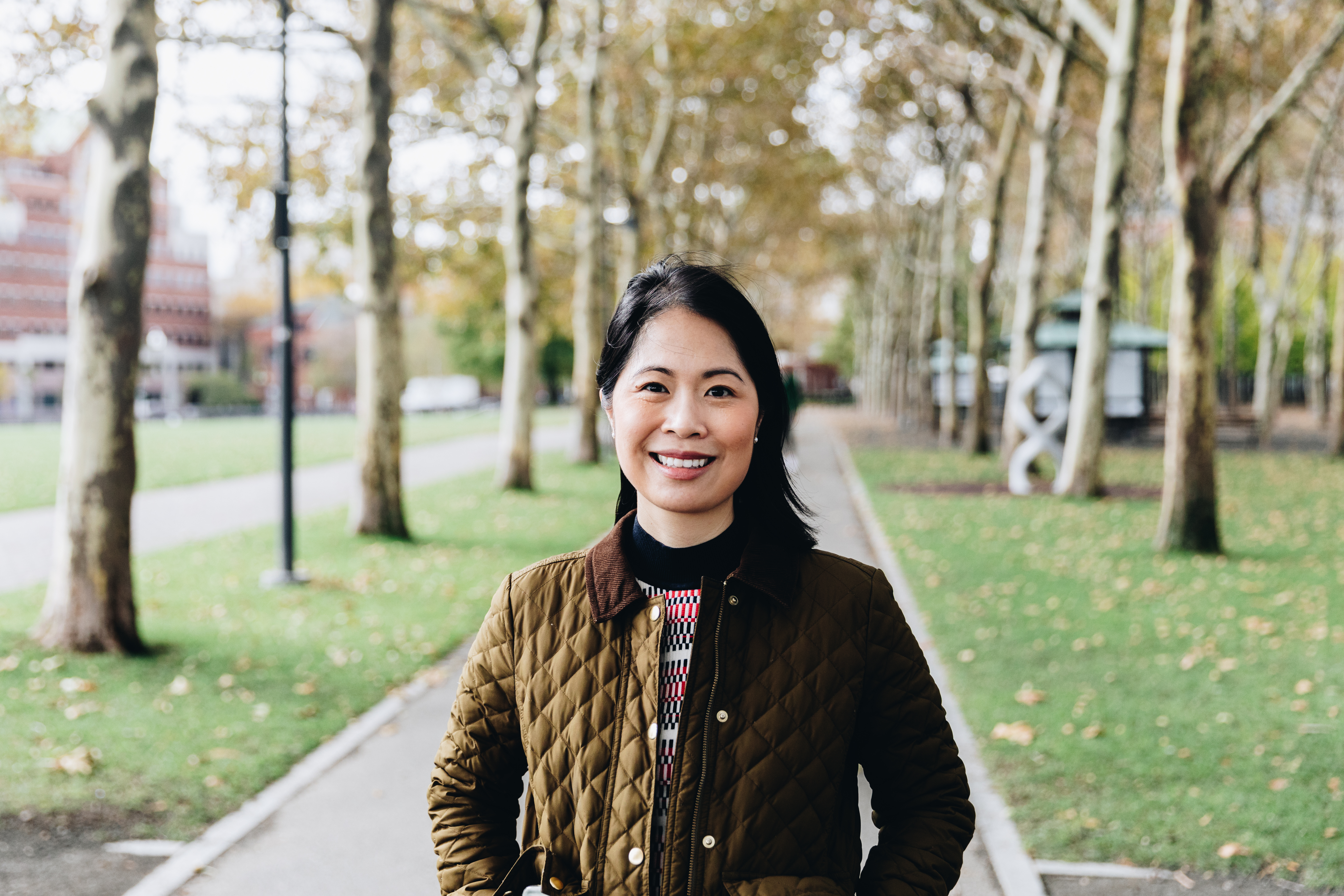 Mei Guan is a Lead Data Analyst at New Visions for Public Schools where she helps build an academic planning data product used by every district public school in New York City. Previously, Mei has worked as high school science teacher in Brooklyn and as a data analyst at the New York City Department of Education. She holds a B.S. in Biology from Cornell University and a M.S. in Applied Urban Science and Informatics from New York University. 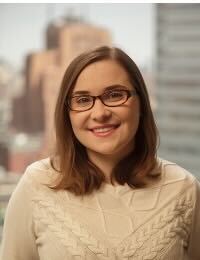 Dorota (she/her) is a data analyst with a passion for programming, automating repetitive tasks, and workflow efficiency. She has a masters in applied statistics from NYU and currently works at MDRC, a nonprofit policy research organization. She loves fries, dogs, and going to the cinema.

Interested in giving a talk for R-Ladies NYC? Please fill out this form with your talk information.

Connect with us on slack! Please fill out this Google form to receive an invitation.

Would you like to support R-Ladies NYC? You can make a tax-free donation to our chapter via Open Collective.